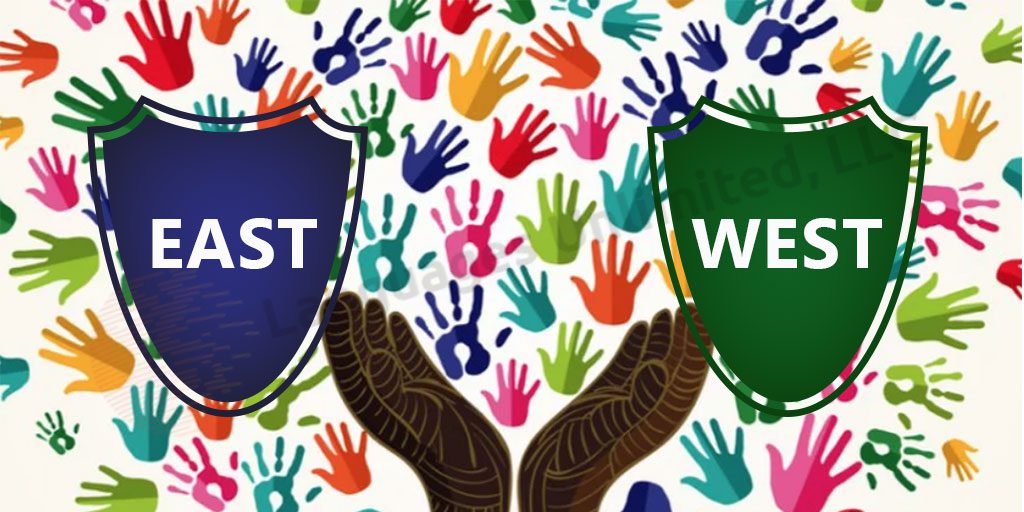 Most people know that the cultural differences between the East and the West are gigantic. Despite our similarities, we have a different way of thinking and living, which makes us completely different and unique human beings depending on where we are born. If you are planning to get to know a new culture or visit another country, stay at the end to discover what makes us so different.

Why does culture matter?

If we think about it in retrospect, culture plays a determining role in how we relate to other people, how we dress and what our worldview is, depending on where we were born. Knowing the culture of another country can make the difference when you want to communicate with another person or simply make a translation that is coherent and logical for the party that is going to read it. But let’s start with something as simple as kisses and greetings.

The way we greet

In every country in the world, there is a different view on how you should greet another person. While in some cultures it is socially acceptable to greet a person you have just met with a kiss, in some countries you might be looked at as a weirdo for kissing a stranger. Let’s look at the West.

In Western countries, greeting with a kiss is totally accepted in most countries, as is the case in Argentina, Brazil, the United States and practically all of Latin America. We also have countries like Spain, Italy and Portugal, where greeting with up to two kisses is completely normalized and even expected by other people. This could explain why most Latin Americans are used to greet in the same way, due to their European roots.

However, if we move a bit further away to visit the East, and mainly Asia, things can get a bit confusing quickly, since in some countries you definitely don’t want to kiss a friend. There are cultures like China and Japan where the most common way to greet each other is to bow your head from a respectable distance.

So why does all this matter? The reason why greeting the right way matters is because you don’t want to offend anyone. Even if all human beings are physically the same, there are certain behaviors and reactions that are socially acceptable in some countries, but may generate rejection in other regions. Making a good first impression is key in human relationships, especially if it is a business matter, so you don’t want to lose that valuable opportunity. That is why when you are looking to translate a document or text from one language to another, there are more important factors to pay attention to than the literal meaning of the words.

A good translation has to take into account the language as a whole, including the cultural differences that exist between the languages of an original source, as might be the case with a movie or Netflix series, and the language into which it will be translated.

The way we get married

If you thought that greetings are the only thing that differentiates us, then you can’t miss what I’m about to tell you. Because we haven’t even touched the tip of the iceberg. There is another key factor that makes the East and West so unique, and that is the way we view marriage.

Marriage represents a completely important part of our lives. After all, you don’t want to spend the next 50 years of your life married to a person you’ve never seen, do you?

While it may sound like a crazy idea to you, arranged marriages are far more common in Eastern culture than you might think, especially in Middle Eastern countries, demonstrating how something as simple as being born in a specific country can dictate your love future. Regardless of the opinion we have about this fact, we can never judge the way of thinking of any neighboring country, unless it endangers the life of another human being, since if we lived in the same region we would probably defend the same ideals.

That is why tolerance and respect for other cultures represent an important factor in being able to relate to people from other countries. If there is something we do not agree with, it does not necessarily mean that we have the right to judge or demand a change, since it is a decision that can only be made by the inhabitants of each country.

The importance of the elderly

Another of the most notorious differences that we can find between the East and the West is the way in which we treat the elderly, since the elderly often do not receive the attention and respect they deserve in most Western countries, and are often forgotten by their own children. While it is true that not all people act alike, the overpopulation of nursing homes shows us another reality.

Does this mean that nursing homes should not exist? Absolutely not! They have a completely indispensable role in our society! However, there is another reality related to this issue that we often tend to forget, which is the following: most young people do not listen to the elderly.

While Eastern countries have a more conservative and traditional culture, Western countries come from a much more combative culture. While this way of looking at the world has been useful for us to fight for our rights, the fact that we Westerners are so predisposed to fight against everyone, even our own family, is a problem that cannot be ignored.
So what is happening in the East? It should come as no surprise to you that in Eastern countries the opposite is true, since the figure of the elders plays a fundamental role in families, being considered the head of the family. Such is their importance that children always respect and obey their decisions. On the other hand, in the East, children are expected to take care of their parents when they grow up, so the elderly are not only considered a source of wisdom, but are absolutely loved and valued.

Of course, we couldn’t talk about cultural differences without mentioning something as controversial as religion! While most countries in the West are very accustomed to Christianity, there are a wide variety of religions throughout the world, such as Hinduism, Buddhism, Jainism, Taoism and Islam. These religions play a fundamental role in people’s way of life, as they represent completely complex social systems with their own hierarchies.

To put it in English, religions are not only difficult to understand, but they affect many of our decisions!

If you want your relationships to be more effective, you not only have to focus on the language of the people you plan to communicate with, but on their religion. Let’s look at an example associated with music! Most religions have their own life vision and certain taboos associated with their beliefs, making creating music for an audience in a country other than your own doubly complicated.

Also, if you make a translation that is not adapted to not only linguistic, but also religious and cultural differences, you could find yourself trapped in an awkward situation.

How we express our feelings

Have you ever noticed that people from some countries tend to be more extroverted than others? The education we receive affects in an incredible way the way we relate to each other, as well as the vision we have of society.
There are many cultures that are much more individualistic, where social relationships tend to be a little scarcer due to shyness or simply because people need more time to establish a trusting relationship. While in Eastern culture it is not so common to visit a stranger’s home, in Western culture it is a completely normalized practice. What’s more, it would be rare not to find an Argentinean or Mexican willing to visit a relative or invite friends to their home!

Does this mean that all Asians are shyer than Westerners? Absolutely not! During my travels I have had the chance to meet people from Asia with outgoing personalities that would outshine most people in the United States.And even if culture plays an important role in our way of being, we cannot forget that we are individuals with totally different personalities.

Without going any further, there are many European countries that have a much more individualistic culture, such as Germany, where almost 40% of the population lives in a single-person household.If we compare this with the 24.8% in Japan, we can discover that there are cases of individualistic societies in both cultures, even though Eastern cultures tend to have a slightly more individualistic worldview than the rest of the countries, which does not necessarily mean that this is a bad thing.

Neglecting this fact when talking to a person from another country could be fatal whenever you try to communicate with someone from another culture! There are things that translation software will never be able to tell you. If you find that it’s a bit more complicated to relate to some people from other countries, it’s nothing to be discouraged about.

And this is what you’ve been waiting for! Human beings not only think differently, but we also eat and dress differently depending on where we grew up. From delicious dishes full of seafood, to hearty roasted vegetables or different varieties of breads, gastronomy plays a fundamental role in the culture of our countries.

One important difference that you have probably already noticed is that most countries that are landlocked have a greater variety of dishes that use fish. Fish is a widely consumed food in the world, especially in regions that have abundant amounts of it, as is the case of Japan, being one of the easiest foods to find in their traditional dishes.

There is another thing of vital importance which is the clothing, being one of the things that most differentiates us to the eastern and western countries! Knowing how other countries dress can help you avoid a few embarrassing situations on your travels. An example of this is the mourning clothes. While in the West mourning clothes are usually black, in the East people dress in white.

If we add to this some curious facts, such as that in the West people write from left to right and in the East they write from right to left, or that in the West people pray outwards, looking for God in the heavens, while in the East they pray inwards to awaken God in us, we can conclude that despite our many similarities, we are also different in many other aspects.