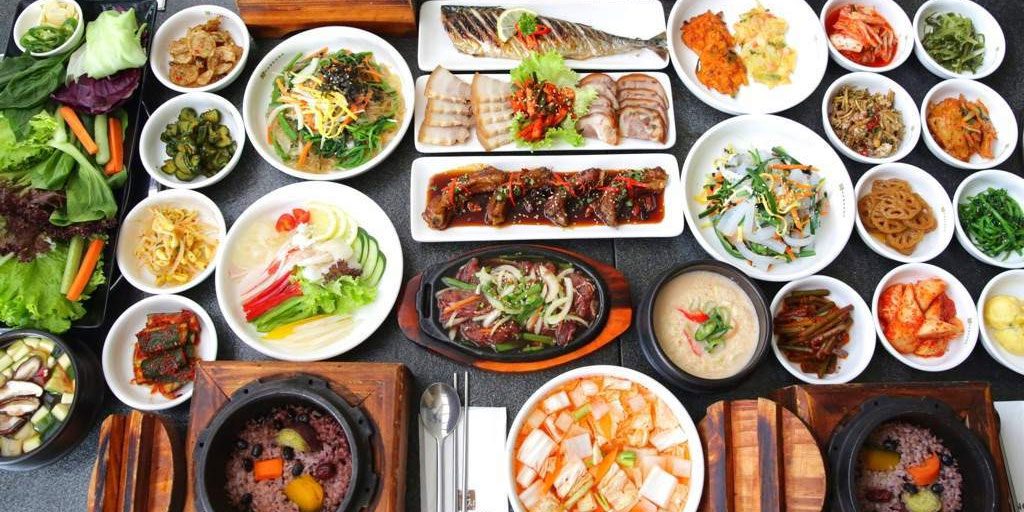 How different is Colombian Cuisine from Venezuelan Cuisine? If you have had the opportunity to get to know these wonderful countries, you will know that their similarities go beyond geography.

And when it comes to gastronomy, every country is willing to fight to the death for its tradition, claiming that they invented… whatever they invented. People always find some excuse for fighting. And food is the best reason to do it.

In this article, we are going to analyze the differences between Colombian and Venezuelan cuisine, and why the identity of one of their most famous dishes might have a more relevant weight in their history than you might imagine.

The relationship between Colombia and Venezuela

As two neighboring countries, Colombia and Venezuela share many similarities that date back hundreds of years, specifically to the 16th century, after the Spanish colonizers created the Province of Santa Marta and Nueva Andalucía, today known as Colombia and Venezuela.
After achieving independence at the hands of Simon Bolivar, in one of those epic wars in which our rulers would not be willing to fight on the front lines, Colombia and Venezuela became one country: The New Colombia. Naturally, the creation of New Colombia meant that the political merger of two countries that were already close enough, also merged on a cultural level.After a few prosperous years, the great nation of New Colombia eventually dissolved in the late 1820s. But just because the maps have changed doesn’t mean that the customs have…

Like two countries that were once one and the same, now separated by an invisible boundary line drawn by some funny guy on a map, Colombian and Venezuelan cuisine also tried to differentiate itself. Yet, it still remains very similar, starting with the main ingredients used in their dishes. Comment below if you think Colombian and Venezuelan cuisine are similar. And if you come from either of these countries, please don’t kill us.
However, there is one ingredient that allowed these countries to make one of their most characteristic and unique dishes. A dish out of the ordinary, whose existence and origin has the potential to start more wars than oil and political discussions on the Christmas table. And thatdishis arepas.
Arepas are a very versatile dish that can be filled with anything you want, be it cheese and butter, roast, ham, corn or seafood. They can be eaten for breakfast, snack or dinner, or even as an accompaniment to other meals. A delicious corn-based food that both countries are proud of. Yet, none of them would dare to admit that arepas are an invention of their neighbors. Because the cuisine represents the pride of a country’s gastronomy, and you can’t get rid of it so easily.

Why is gastronomy so important for countries?

Before delving into more unique dishes of Colombian and Venezuelan gastronomy, I would like to explain why the existence of a single food, as in this case arepas, can have so much weight in the identity of a country.

As you may know, countries are not only separated by geographical barriers invented by ourselves, and some guys who used swords, bows or rifles to form colonies by force, but we are also separated and identified by our culture.
Culture is a unique element of each country, and is the reason why despite being spoken in practically all of Latin America, Spanish sounds so different depending on what part of the continent you are in, with differences even within the same country. If you visit the United States or Argentina, for example, you might quickly get used to the accent of the big cities. Yet, each state or province speaks a different English or Spanish, due to the use of slang and the way they pronounce some words.
In other words, what separates Colombia from Venezuela is more than an arepa. There are centuries of history in which both communities have been marked by completely different historical events, differing in politics, economy, language and gastronomy. This is one of the main reasons why, even though Colombia and Venezuela have many dishes in common that we will discuss below, and although both speak Spanish, they are still two different countries.
You cannot simply hire a translator from Spain and expect the translation of your book to have the same impact in Europe as in Colombia, Mexico or Venezuela.You would need the services of a certified Spanish translator who understands the local jargon of the country your book will be targeting, which is why we hire English to Spanish translators who also understand the cultural background.
But, enough geography. I’m sure by this point, we’re both equally hungry, so let’s dive into some new dishes!

The same dishes, or are they different?

After so many years of common history, many dishes that were meant to be unique have ended up blending together, making it practically impossible to recognize their origin.
For example, there is a very delicious Venezuelan dish known as “asado negro”, which consists of a meat dish with a characteristic dark color, due to its sauce. Colombia has its own variant of this dish, called “postacartagenera”, very similar in appearance and flavor.
The same happens with the “changua”, a broth of Colombian gastronomy which in turn resembles the “piscaandina”, a soup of Venezuelan origin. So who invented them first? If you ask a Venezuelan or a Colombian who invented them first, you can probably guess the answer.
What we can conclude about this battle of flavors is that there are some gastronomic constants that are repeated between these neighboring countries, as is the case in many other Latin American countries, where the use of the same ingredients can result in similar dishes. However, the case of Venezuela and Colombia is somewhat atypical and unique, since even if they struggle to distinguish themselves, they once had such a unique bond that allowed them to form a single country, which has managed to survive the passage of time.
To expect this cultural union to disappear so easily would be like expecting the United States to stop speaking English after gaining independence from England, or that some regions of Canada will no longer speak French, even after having been a French colony.
Nevertheless, gastronomy is a unique and living being that evolves with the dreams and desires of the people who practice it, which has made Venezuelan and Colombian cooking techniques evolve until they acquire their own identity.Because although some dishes look the same, the feeling and the story behind them is different… (Small pause to build suspense).
And then you have me, who barely knows how to fry an egg without crashing it out of the pan.