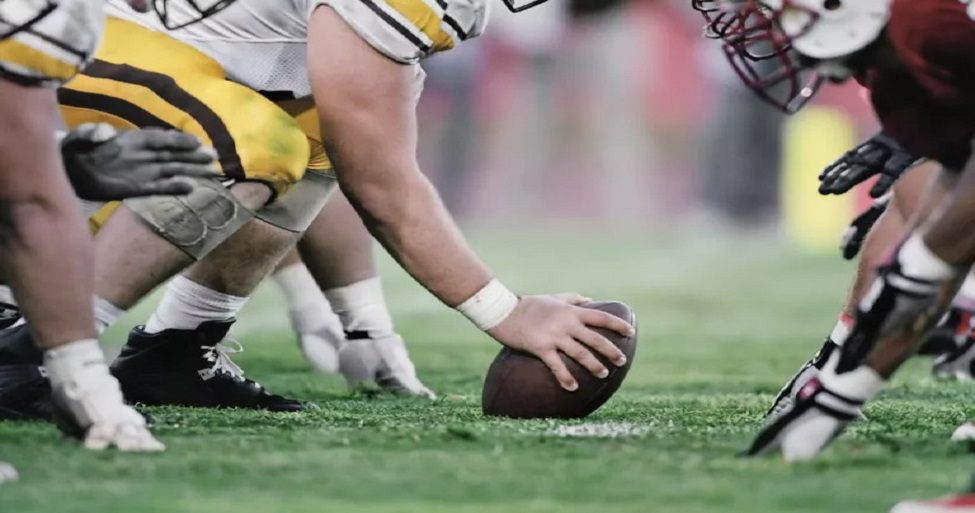 How would you describe American football to a non-American? To a lot of people, American football is a sport made up of a bunch of muscular guys fighting to get control of a ball while wearing some bicycle helmets. Which would basically be a pretty good summary of the sport.

But for those of us who really love the game, American Football is much more than a testosterone-filled sport, because it identifies us as a nation. Along with McDonald’s, Kentucky, and every other kind of unhealthy food.

So, what does the rest of the world think about American football? Is it popular in Europe? Is it true that everyone who reads this article will become more attractive and live longer? What does American football have to do with translation services anyway? Stay to the end to find out all the answers.

The Football and the American Culture

Ok, let’s start with the first question: what does the world think about the sport? To be honest, most people who don’t live under a rock have heard of American football at least once. Even if half of them associate it with a movie about Adam Sandler playing the sport in prison. We’re lost, aren’t we?

Although it may seem like a minor detail, the constant mention of the sport in American movies and series has made the world aware of its existence. The problem is that most of these people don’t even have a clue about how it works and what its rules are.

When we say that American football is something that belongs to us as a nation, it doesn’t mean that you need to be born in the United States to play it. It means that it is part of our culture because we have been playing it for generations. Plus, it has “American” in its name.
Given that people tend to awaken our interests based on the environment in which we live and grow up, it is highly unlikely that you can learn to love a sport that is not part of our culture when no one in your country plays it, and it doesn’t get enough exposure on TV. It would be like a Martian wanting to be a surfer without ever having heard of the ocean. So sadly, that’s the main reason why American football is not very popular in the rest of the world.
The good news is that there is a high probability that American football will start to gain more notoriety in the next few years since many Europeans have started to take an interest in the sport.

There is, however, a sport very similar to American football that is played in different regions of the world known as rugby. Although both are similar, the way the games are played, scored and the ball is moved forward are different. In fact, I would even dare to say that the only thing they have in common is that both are sports played by muscular guys who probably chew nails for breakfast.

While American football requires the use of heavy protection, such as helmets and shoulder pads, rugby equipment does not require these items, as it is forbidden to wear hard items that serve as protection.

Another thing that differentiates the two sports is that a standard rugby match consists of two forty-minute halves, while an American football match is usually divided into four fifteen-minute quarters. And of course, there are other technical details that make each of these sports unique, but that would be the subject of another article.

But just because American football is primarily played in the United States doesn’t mean that Americans are the only tough guys willing to grind it out like a group of gladiators fighting in a Roman coliseum. People love contact sports, teamwork, and camaraderie, so American football has all the potential to be an even bigger international sport than rugby. But it isn’t. Because for this scenario to happen, it would require more people to start playing it outside our borders.

There is a reason why American football is so popular in the United States and so unknown in the rest of the world. And that reason is the schools. You see, our time in school is not only to make friends and meet people we’d like to go to college with (only to end up discovering that we chose the wrong career because the system forced us to make a decision that would affect our entire lives at 18) but it’s also a great place to instill sports.

If you live in a country where children are taught to play soccer from the age of five, you will likely awaken an interest in this practice from a very young age. Such is the case in Argentina and Brazil, which have been home to some of the best soccer players in the world; because most children grow up dreaming of being soccer players. And of course, the same goes for Americans who learn to play American football from a very early age, and end up developing a love for the sport. Which can sometimes end up bordering on fanaticism…

So if we wanted American football to be more popular and appreciated in the rest of the world, we would need every foreign school to have a training camp that would allow its students to practice the sport, or at least some of them to have the necessary facilities so that more institutions would start to follow their lead. Unfortunately, high infrastructure costs are another impediment.

Unlike basketball, which only needs a ball and two hoops, American football requires a very specific infrastructure, along with expensive sports equipment, which makes it so difficult to popularize the sport in other countries.

Yet again, this doesn’t mean that any country or company doesn’t have the money to support this sport outside of the United States. But given that it is a sport that belongs exclusively to American culture, most companies believe that it would be unwise to assume such a risk.

Culture has a great weight in most of the decisions we make every day. Human beings are cultural animals, and we cannot separate what identifies us as members of a community. The good news is that you can use this information to your advantage to improve your company’s profits, adapt to a new country or become a better communicator.

In the world of translation, we always consider the message we want to convey based on the cultural identity of the person who will be reading our texts. It’s not about copying and pasting your product description into translation software. It’s about having a better understanding of the cultural message you want to give to society and adapting it for the members of the community that will receive it.

So if you wanted to create an international program that would help people lose weight and invite all the participants to practice “American football”, your program would end up being a fiasco, because no potential client from the United Arab Emirates would be able to use this information to their advantage.

Being a translator means being attentive to these small details and advising our clients in areas such as “why writing an essay talking about the virtues of American football in a country that does not practice American football is not a good idea”. Because that’s the kind of knowledge that makes a difference.