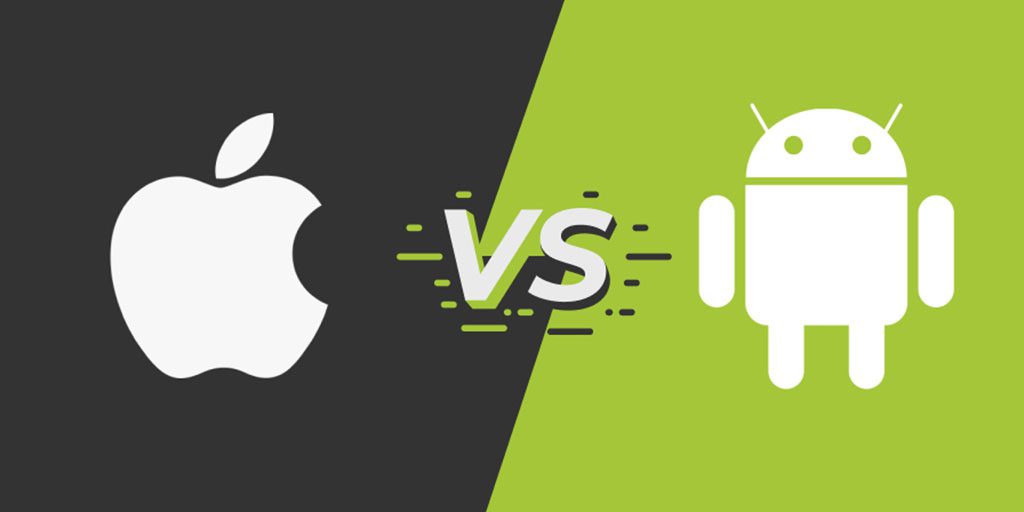 There are rivalries in this world that would make the eternal disputes between God and the devil, between atheists and Catholics, and the fights between the different soccer teams on the planet look minuscule. We refer of course to the rivalry between iPhone and Samsung, two tech giants that have been fighting for years to achieve supremacy as the best smartphone company, after a fight that would end up costing Samsung more than a billion dollars. But how did all this conflict come about?

The origin of the war

To understand this relationship, we have to go back to the past, when iPhone and Samsung had not yet begun their great dispute. Originally, these companies were strategic allies working side by side to produce the best cell phones. Before this technological and economic war, Samsung was the main supplier of processors for iPhone products, which led the company to acquire a close knowledge of how iPhones worked. Thanks to this knowledge, partly acquired on its own, Samsung was able to develop its own devices, which for a time dethroned the iPhone products.

As you can imagine, this was not very well received by the Apple company, which led in 2011 to sue Samsung, claiming that its products had been copied. After declaring that seven of its patents were stolen, related to the design and operation of Apple’s iPhones and tablets, the company launched its attack.

If there was one proposition that ended up infuriating Samsung, it was when Apple demanded that the company pay between $30 and $40 for every tablet the Korean company sold.

Of course, Samsung didn’t sit idly by, since in June 2011 it launched its counterattack, claiming that Apple was using its technology to power its iPhones and that Apple was seeking to “limit buyers’ choices and kill competition.”

Leaving aside their commercial differences, the truth is that we can find considerable technological differences. If there is a reason why both companies have been so successful, it is because of the excellence of their products and how well they have been able to reach their audience.

Unlike other smaller mobile device companies, Apple and Samsung have factories all over the world, which has allowed them to become market leaders. While Apple’s main factories can be found in China, Thailand, Malaysia, Czech Republic, South Korea, Singapore and the Philippines, Samsung has a strong presence in India, China, Vietnam, South Korea, Brazil and Indonesia. Can you imagine having to speak all those languages?

In order to be able to collaborate with so many people from such diverse cultures, Samsung and Apple have a team of translators and interpreters made up of the best professionals. It would be impossible to convey Samsung’s guidelines from South Korea to Brazil and India if the differences between languages were ignored.

On the other hand, every iPhone and Samsung device has a completely unique design, which makes all of its devices similar, no matter where in the world you travel to buy them. That is why a simple translation error in the design of one of them could cost both companies hundreds of millions of dollars, which is why both companies are very committed to making their internal communications as accurate as possible, in order to communicate fluently.

In terms of operating systems, we can find two considerable differences between iPhone and Samsung, as each company uses its own brand’s software. While Apple iPhones use the iOs operating system, Samsung smartphones use Android. So what makes each so unique?

First of all, iOs has a large availability of applications within its Apple Store. This represents a great advantage for those users who are looking to enjoy the latest advances in technology, and want to have the best cell phone applications before other devices have access to similar features. On the other hand, they also offer constant and regular updates to ensure data security. This is a key point for iOs. While Android has a more open philosophy, the iOs philosophy is absolutely closed, always seeking to prioritize the security of its users. Each of the apps in the Apple Store are thoroughly reviewed to ensure that they comply with the security protocols established by the brand.

As for Samsung, we can highlight its excellent customization and the universality of all its data. If you are one of those who use Google services too much, as could be the case with Gmail, you will definitely find it more convenient to use this operating system before iOs.

Even if the number of applications available on Google Play is far superior to Apple’s store, allowing any user to publish an app gives rise to the possibility of malware leaks, which turns its greatest strength into one of its greatest weaknesses. Unless, of course, you are a developer, which could provide you with an excellent opportunity to develop and publish your own app, and have it available to millions of users in an instant.

When we think of iPhone, the first thing that comes to mind is the word “expensive”. This is no coincidence, as it is part of Apple’s marketing strategy. The company always prices its products at a much higher value than people are willing to pay and launches new models soon after, rendering its previous devices obsolete in the short term. Despite this, people continue to pay their prices and buy their latest products. How is this possible?

There is a psychological factor in this fact, and that is that people tend to associate the quality of a product to the value of its price. Due to the great effort that Apple has put into being considered a company of excellent quality, the company has achieved its goal, which was to make its products seem worthy of their price.

Despite the fact that the operational differences between iPhone and Samsung are not so noticeable, iPhones have become a luxury and status item, as we can observe in social networks, so it is common for people to opt for the products of the first company, even if they cannot afford them. This is why if you are looking for the best value for money, Samsung has the upper hand in this section, as it has a much lower price range of products available. However, even if the differences are not noticeable, it does not mean that they are not there to remind us of the difference between the two products.

If there is one thing we can say about iPhones, it is that they have superior power and performance to Samsung devices. This is no mere coincidence, as both companies are targeting totally different audiences. While iPhone seeks to position itself as a luxury phone brand, Samsung’s goal is to be a massive and accessible company for the largest number of users.

This price accessibility can be seen again in the different cultures where both companies try to sell their devices, at prices according to the regions where they are looking to position themselves. There is something that separates the different cultures, besides our languages, and that is the currency we use. That is why it is no coincidence that we can pay a lower price for an iPhone in India than in the United States.

The reason why Apple and Samsung keep launching new smartphones

There is a saying in the business world called “he who does not innovate dies”, which iPhone and Samsung seem to have followed to the letter. Although it may seem to you that they do it out of greed, it is more related to the expectations that the world has on both companies, so that neglecting the evolution of the technological section for a single moment could result in losses in the millions. A trap that the same iPhone and Samsung set for themselves, and from which they cannot escape now.

Why are Apple and Samsung trying to position themselves all over the planet?

If you think about it carefully, you might find it a bit strange that Apple and Samsung try to sell their products at a lower price in a large number of countries, instead of focusing on those with a stronger economy and currency. Far from it, this is not mere chance on the part of the companies, but a complete strategy to maximize their profits.

There is a limit to the number of people you can sell the same cell phone to, so we cannot compare the 300 million inhabitants of the United States to the 7 billion inhabitants of our planet. This is a key point in which knowing other languages plays an absolutely fundamental factor in order to captivate potential users from other countries.

If tomorrow you decide to create your own mobile device, the best investment you could make is to translate the interface of your devices into different languages, in order to sell them to as many countries as possible.

Of course, this is not enough to become a technological leader, since you would have to take into account other factors, such as the quality of the products you plan to market and the right marketing, something so important but so neglected by thousands of companies, and that Apple and Samsung always have in mind in all their companies.

Although after watching the source of this video you might think that the rivalry between iPhone and Samsung has separated them completely, the reality is that the companies are as close as our fingernails to our fingers and toes. While iPhone and Samsung are great enemies, they also remain excellent strategic allies, since Samsung is still one of Apple’s main suppliers.